One hundred years ago today, the world was a much different place. Many of us cannot even begin to fathom what life was like 100 years ago, or what it will be 100 years from now. Today we are all here to celebrate the life of a woman, my great grandmother, Mary Sierota, my Bobci, who has lived to see and experience the changes in our world over the past hundred years.

Mary Sierota, born Mary Padko, was born in her childhood home in the small village of Cevkov Poland, in 1914 to her mother Mary and father John. Sadly, her father was not present at the time of her birth, as he had been captured as a prisoner of war by the Russians and was forced to do hard labour for many years on a farm in Russia. When he returned home, Mary, age 5, and her father, met for the first time.

Mary grew up with four sisters, Annie, Rosie, Kay & Evelyn in their small home on a farm in Cevkov. The house was small, with just one room shared among the 7 members of the family. There was no electricity, no TV, and no other modern amenities that we take for granted today. They had oil lamps to provide light, boiled water over the fire for hot water, and Mary recalls repeatedly waking in the middle of the night to put more logs on the fire for warmth.

She told me they would walk everywhere, from church to school to the nearest big city and to keep their shoes from getting dirty on the muddy, unpaved roads, she said they would walk barefoot and carry their shoes until they arrived at the place they were going. It wasn’t a glamorous life, by any means, but the family was hard working and determined.

In fact, when talking with my great grandmother, I asked her what her and her friends would do for fun in Poland, questioning whether they would sneak out at night, go to dances, or get into any trouble, as normal teenagers would. She simply responded that she just remembers working on the farm, and going to church. It was a life much different than what we know today.

Throughout her life in Poland, Mary had seen and experienced some things that we could not even fathom today. She told me stories about the first time she had ever seen a plane. She was taking a cow out to pasture, one of her daily chores, and the plane came flying overhead. She said she ran and hid because she thought she was under attack – she had no idea what a plane even was at the time.

She also spent days hiding in the woods for fear of attacks by the Germans – her mother took her and her sisters, and a cow from their farm into hiding to keep them safe.

At the age of 18, she married her husband, Steven Sierota, with her mother & father absent from the wedding as they had already left for Canada a few years before. And, not long before moving to Canada, Mary & Steven became parents to their only child, Mary, which Mary (Sierota) explains took place in her home, just her and a midwife – without any of the medical resources that we have today.

Mary was the last of her sisters to move to Canada. Her father had gone a few years before the rest of the family to look for work, and he would sneak onto the top of trains to get to and from cities to look for work. Eventually, he found a job at a farm in Winnipeg, and worked there for a few years earning just 50 cents a day. Her father saved his money to bring his family over to Canada, and earned enough money to purchase a farm in the city of Alliston, Ontario.

Mary’s sisters, emigrated one by one, to Canada. However, her older sister, Annie, was over the age of 18 and therefore, was no longer eligible to immigrate under her fathers care and could not move with the family to Canada. Since Mary was under 18, she gave her birth certificate to her sister Annie, who used that identification to take the boat to Canada. In order for Mary to now get to Canada, she would have to come under a new name, and so it wasn’t until after her marriage to Steven Sierota, that she could then come to Canada under her married name, Mary Sierota.

Not long before coming on the MS Pilsudski boat, in 1938, from Poland to Canada, Mary and Steven gave birth to their daughter Mary, in 1933. And so the family of three spent weeks on the boat travelling across the ocean to Canada, with their own room to sleep in, food provided, and some activities along the way. Mary explained that many people were very seasick along the ride, and oftentimes, they would spend all day in bed feeling ill.

After arriving by boat in Halifax, they boarded a train in the direction of Toronto, where they were met by one of Mary’s father’s friends, waiting to bring them back, by horse and buggy, to Alliston. When Mary told me this, I had asked her how she knew the man would be waiting. It was not like she could pick up the phone and give him a call, or hop on the computer and send an e-mail. But, she simply shrugged her shoulders and looked at me with a face that, without any words, said “we just figured it out”.

Mary, Steven and their daughter Mary, age 6, spent just a short time in Alliston before moving to Toronto in 1939. For the first few years, they rented a room in a shared house.

Shortly after arriving in Toronto, Mary found work at the Campbell’s Soup Factory, where she would end up working for the next 40 years. She had met another Polish immigrant who worked at the company, and he helped her get the job. But, she tells me that when she first went in for the job, the manager exclaimed that she was too skinny for such strenuous work. She quickly proved him wrong.

She was a dedicated, hard working employee, walking to work alone, in the dark, to arrive for her 6:00 am shifts. She was on her feet all day, cutting vegetables, lifting boxes, and doing other labour for the Campbell’s Soup Company. Talking to her today, you will know that she was very proud of her work, despite the fact that it was hard, and in the beginning, she only earned 30 cents an hour.

Then in 1944 Mary and Steven purchased a piece of land, on Emerald crescent in the New Toronto neighbourhood, just one street back from the lakeshore. They purchased the land for just $380.00 and when offered to purchased three more feet of land for a small amount of money, Steven immediately said NO because the property taxes would be too high. Mary told me “he was just so cheap!”

Steven built their home in Toronto with the help of some friends and family, for just $5,000.00. It took about one year to build, and in 1945 they moved into their new home. At the time, it was one of the houses in the area, but in the coming years, more and more homes would be built, filling the empty land around them.

Although they had a home and jobs, life in Canada was not always ideal for Mary and her family. She told me that there were times when she was sorry she came to Canada; she was so afraid because she could not speak a word of English. She had no friends, and was not able to make any because of the language barrier.

She also faced a major struggle, when her husband spent four weeks in the hospital with a heart problem. At that time, there was no OHIP coverage and the bill for his stay was $1,000.00 – an entire year of work for Mary at the Campbell’s Soup Factory. Because of his health problems, Steven was unable to work and as a result, could not help pay for the hospital bills. But Mary explained that she borrowed the money, paid it back, and just made it work.

In order to help make ends meet, they rented out rooms to tenants in the home they now owned. One tenant lived in a tiny bedroom on the third floor of their home for 20 years! Another lived in the basement, which forced Mary, Steven and their daughter to make the dining room their shared bedroom for many years. The tenants, Mary told me, paid just $6.00/month for rent.

Mary was also faced with another challenge once Steven became ill; she now had to get her driver’s license. She said she was nervous to go to her driving test, and the instructor told her that during the test, she had made two mistakes…she was so scared he was going to fail her, but she explained she was just nervous and the man gave her a pass. On this same day, her daughter Mary was giving birth to her third child. After her test, Bobci went to the hospital to see her daughter and newest grandson, Donnie. Her daughter told her “I had another boy!” to which Mary replied, “I GOT MY DRIVER’S LICENSE”.

Although she faced many challenges throughout her life, that have shaped her into the tough, determined, strong woman she is today, there were obviously times where she was able to relax, and laugh and enjoy her life over here in Canada. She told me stories about one of her first experiences in a car, driving from Toronto to Alliston for Christmas. There was no heat in cars at that time, and with a frozen, frosty windshield, her husband Steven had used a candle to defrost the front window.

And, another time when driving on the muddy, country roads, their car went into a ditch. Thinking quickly, Annie’s husband Benny asked the farmer who’s land they were stuck on, if his horses could pull them out of the ditch. The farmer happily helped out and the horses were able to pull their car out of the mud.

And, one of my personal favourite stories, was when her and her sister Rosie, both in their 80’s got into the vodka one night. They said they laughed and laughed and one even got sick! But, the best part, was the next morning when they woke up, neither one of them remembered much about the night before!

When she got older, Mary also took some time to travel the world; visiting Europe with her sister Rosie. They visited Poland to see her hometown, France to visit the Notre Dame Cathedral and Italy to see the Pope. She also took a few trips to Las Vegas to visit the casino’s with her daughter Mary – they both loved to gamble! She always tells me how much she loves to travel, and tells me about all the sights she’s seen; the churches and cities and landmarks, and constantly gives me advice, telling me to travel the world and see as much as I can.

But, no matter how much I travel, or how many things I try to see, I do not know if it will ever amount to the things that she’s seen over the past 100 years. She has seen technology advance, from literally nothing, into the advance forms that we have today. She has had hardships and struggles that many of us today would never make it through. She has worked hard her entire life, even to this day, and I am so thankful that I can call her my Bobci, and so thankful for everything she has done to provide for our family, and get us to where we are today. 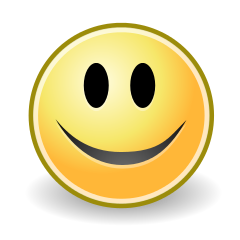